New Hope for those Suffering from Fibromyalgia or Chronic Fatigue Syndrome

Millions of people suffer from fatigue and would love to increase energy naturally, but especially sufferers of Chronic Fatigue Syndrome and Fibromyalgia.

The latest science news suggests that those who have been diagnosed with Fibromyalgia and/or Chronic Fatigue Syndrome may see an answer to their troubles on the horizon in the form of a supplement that can increase energy naturally.

Chronic Fatigue Syndrome is a persistent tiredness that isn't relieved through rest, and can’t be attributed to any other condition.

Fibromyalgia, on the other hand, is continual, unexplained body-wide pain.

In the United States, there are approximately 3 to 6 million people diagnosed with Fibromyalgia and more than one million affected by Chronic Fatigue Syndrome.

In addition to documented diagnoses, many millions of people experience similar symptoms without meeting diagnosis requirements, suggesting that these conditions exist on a wide spectrum, and may affect more people than statistics reveal.

The exact causes for both conditions are unknown and treatment is often risky or focuses on relieving symptoms, rather than addressing the root of the problem.

In a recent scientific study, Jacob Teitelbaum and colleagues theorized that poor energy metabolism underlies both Fibromyalgia and Chronic Fatigue Syndrome. Therefore, the study researched whether d-ribose could increase energy naturally or alleviate other symptoms in either of these chronic conditions.

What the Researchers Did:

Researchers recruited fifty-three clinics to test Corvalen, a pure d-ribose powder, as a potential natural remedy for both Fibromyalgia and Chronic Fatigue Syndrome.

Over 200 patients diagnosed with Fibromyalgia, Chronic Fatigue Syndrome, or both in conjunction, were enlisted in the study. Armed with a three-week supply of d-ribose powder, along with four questionnaires and four prepaid envelopes, they were sent home to complete the experiment.

Is D-Ribose an Effective Natural Remedy for Fibromyalgia or Chronic Fatigue Syndrome?

Subjects were instructed to take five grams of d-ribose, three times per day for the three weeks of the study.

Subjects diagnosed with Fibromyalgia and/or Chronic Fatigue Syndrome who were taking d-ribose daily filled out a weekly questionnaire cataloging their perception of the following symptoms:

Positive results with d-ribose supplementation were recoded in all five categories.

Energy increased an average of 61% through all patients, regardless of specific diagnosis. A similar increase showed for patients diagnosed with only Chronic Fatigue Syndrome (61% percent, as well).

Mental clarity and sleep showed positive results as well, with an average increase of 30% and 29% respectively throughout all patients.

Subjects diagnosed with both illnesses recorded a staggering 86% increase in their energy and a 53% increase in well-being.

Patients diagnosed with only Fibromyalgia saw a 15% (a jump down by an average of one point on the 1-7 scale) decrease in pain, and an average increase of 36% was recorded for well-being scores.

The effects of d-ribose were reported almost immediately. The most significant improvement was seen from baseline to the end of the first week of treatment. From there, each category showed continual improvement with each week of questionnaires. This suggests it could take a treatment program of four to eight weeks for subjects to reach a peak in energy, well-being, sleep, mental clarity, and a minimum amount of pain.

D-ribose elicited very few side-effects in this study. Of the 257 subjects initially enrolled in the study, one patient reported discontinued use due to nausea, and one reported an increase in insomnia and also discontinued their use.

D-Ribose as a Natural Remedy for Fibromyalgia and Chronic Fatigue Syndrome.
The Bottom Line.

Overall, daily d-ribose over 3 weeks appeared to benefit the majority of Chronic Fatigue and Fibromyalgia sufferers, at least to some degree. D-ribose did significantly improve the sense of well-being and increase energy naturally regardless of the specific diagnosis.

Therefore, those looking specifically to improve energy levels or sense of well-being, and alleviate pain may be the best candidates for a d-ribose supplement.

It is interesting to note that another study just published online ahead of print in The Journal of Strength and Conditioning Research showed that a d-ribose-containing energy drink did not improve the endurance characteristics of young athletes over the 8-week study, but it did improve body mass measures like percent body fat (2). The combination of studies suggests that the exact mechanism of D-ribose actions on energy and metabolism are likely complex.

As is typical with this sort of study and these sorts of illnesses, for which there are no concrete markers, experiments rely on a subjective perception of symptoms. In order to address the subjectivity, researchers used a statistically significant sample size and evaluated relative changes in the patient’s scores, rather than the absolute numbers reported.

The authors admit other limitations of their test in addition to this inherent subjectivity; mainly that it was not placebo-controlled and that the study was so short.

In addition, compliance was not 100%. One hundred and seventeen subjects, or 58%, reported using five grams of d-ribose three times per day as instructed for the duration of the study. Eighty-five percent of the subjects reported using D-ribose at the recommended dosage at least twice per day.

These results are very promising, so a larger population sample along with a placebo-controlled test seems to be all that stands in the way of conclusive results.

In the meantime, those looking for relief from fatigue may want to come up with their own subjective assessment of d-ribose.

Go to The Science of Natural Health Homepage from Increase Energy Naturally. 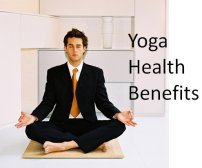 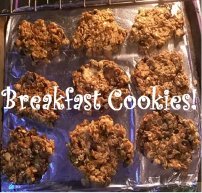